On Friday, June 15th, 2018, the Chairman of the Federation Council of the Federal Assembly of the Russian Federation Valentina Matvienko visited “Optic fiber Systems” JSC as a part of a working visit to Mordovia. 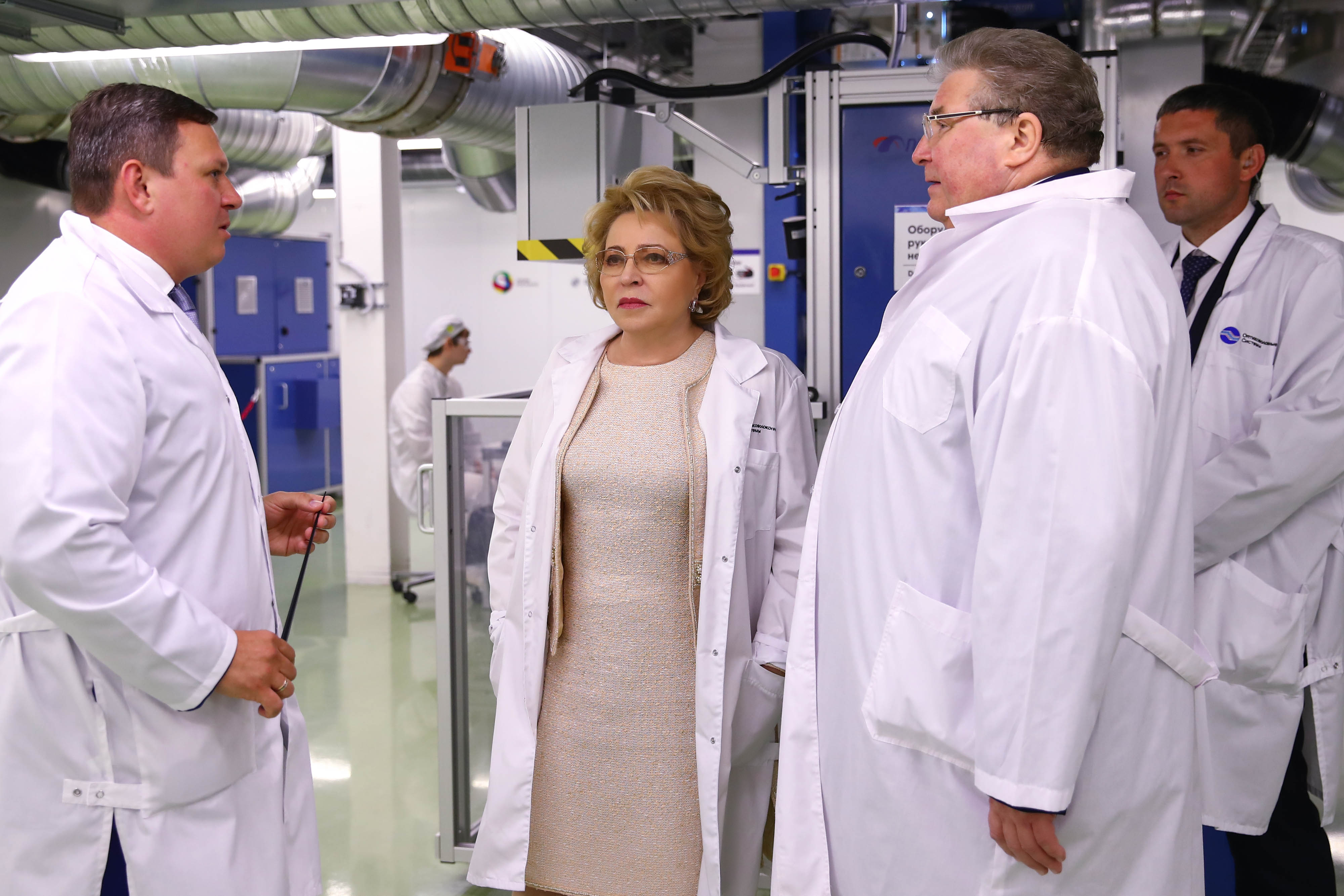 Nowadays Russia is actually the only one of the world powers that does not fully own the technology of producing optical fiber and other necessary materials. “Optic fiber Systems” JSC has mastered only a part of the technology – the extraction of optical fiber from preforms, which are currently supplied from Japan. The lack of own production of preforms endangers the sovereignty of the state in this sector, creates risks for the implementation of the national program “Digital Economy of the Russian Federation” and projects for the creation of special purpose communication systems.

Vladimir Volkov, the head of Mordovia, told about tasks that the first optical fiber plant in Russia faces and outlined the need to introduce a project of the second star-up facility - domestic preforms production.

“Optic fiber Systems” JSC (www.rusfiber.ru) – is the first Russian plant manufacturing optical fiber. The plant is situated in Saransk, Mordovia Republic. It  was officially opened September 25th,  2015. The shareholders of the company are RUSNANO, Gazprombank, the Government of Mordovia Republic.