On January 30, 2020, the management of "Optic fiber Systems" JSC had an informal meeting with the team on improving labor productivity and discussed the first results of the project implementation. 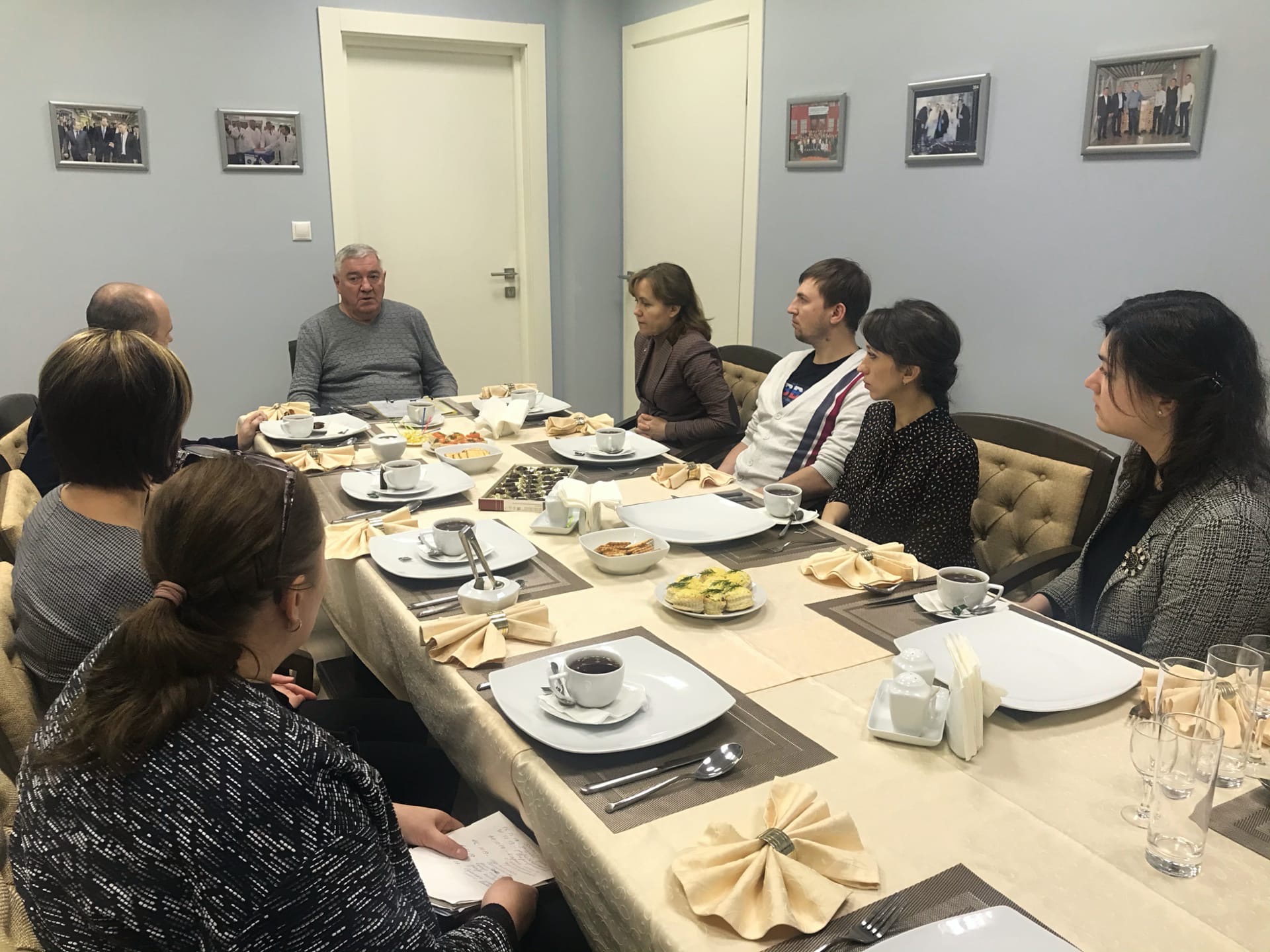 During the tea party, First Deputy General Director Vladimir Novokshchenov discussed with employees the trends of the global optical fiber market, the prospects for the development of The national project "Digital economy in the Russian Federation" and plans for the development of the plant. Vladimir Novokschenov also noted that the main thing has been and remains the quality of products and the preservation of the company's unique human capacity.

The members of team were thanked, on behalf of the management, for their work and maximum involvement in the implementation of the National project “Labor Productivity and Support of Employment”.

Gradually, the conversation took the form of a dialogue. Alexander Yashin, coordinator of the team, made a response. According to Alexander, within three months of the project implementation diagnostics of the current state of the production flow was carried out. Further  in the course of the complex analysis, by using lean manufacturing tools such as mapping, monitoring, and timekeeping in the workplace, the main areas that require additional focus were identified. The team has already formed proposals to optimize production processes and organize the process of work of the sites.

Alexander thanked the management for their support in the implementation of the project and noted that by supporting each other and getting involved in the process as much as possible, we will achieve the set performance indicators.

Let us recall that on October 1, 2019 “Optic fiber Systems” JSC joined the National project “Labor Productivity and Support of Employment”. The objective of this project is to increase the efficiency of production and the entire enterprise as a whole.

On the basis of "Optic fiber Systems" JSC a team, including employees of our company and experts, for four months have optimized current production processes, namely by mapping and timing of production, identifying problem areas and finding solutions to eliminate them.